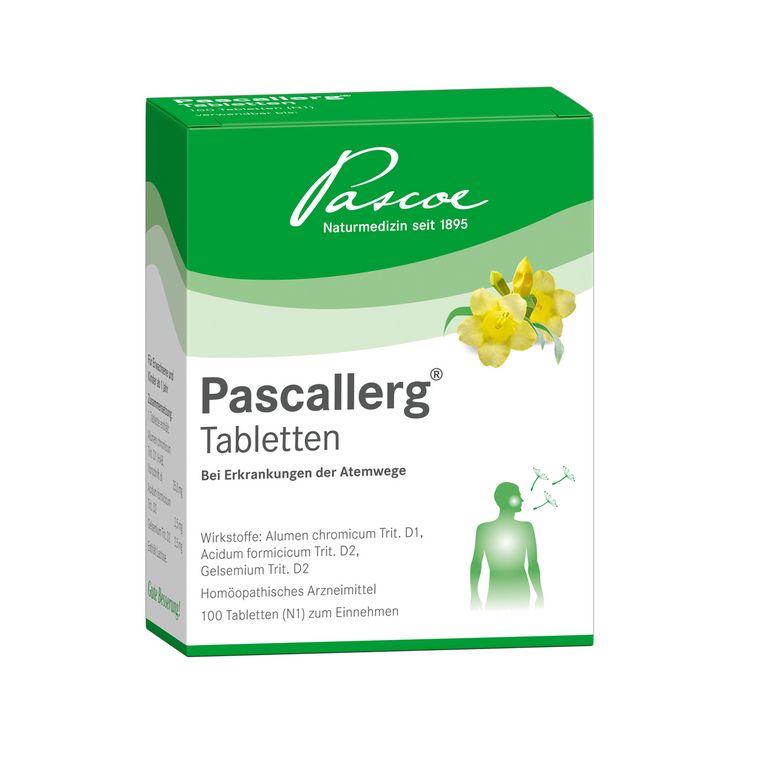 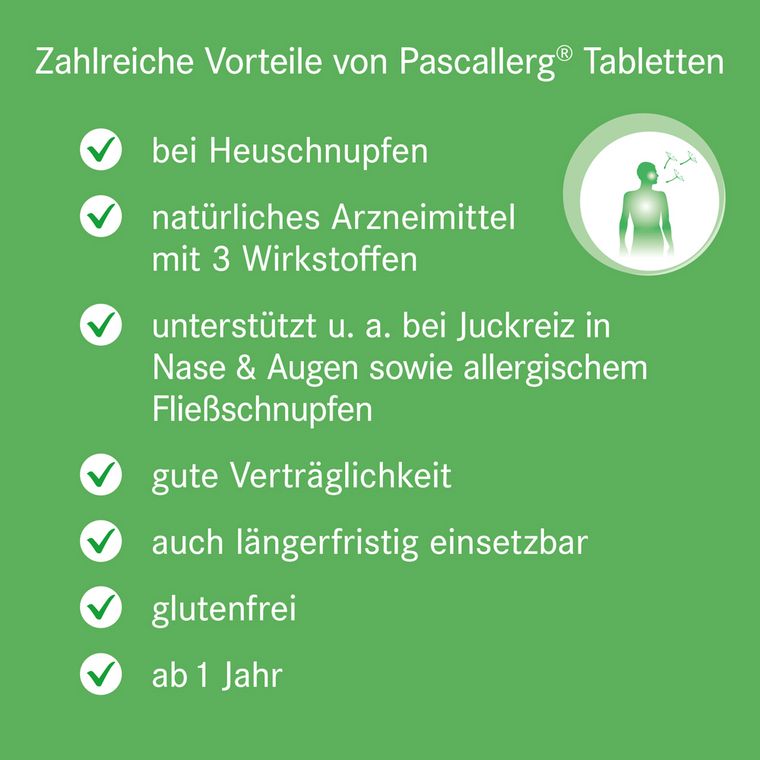 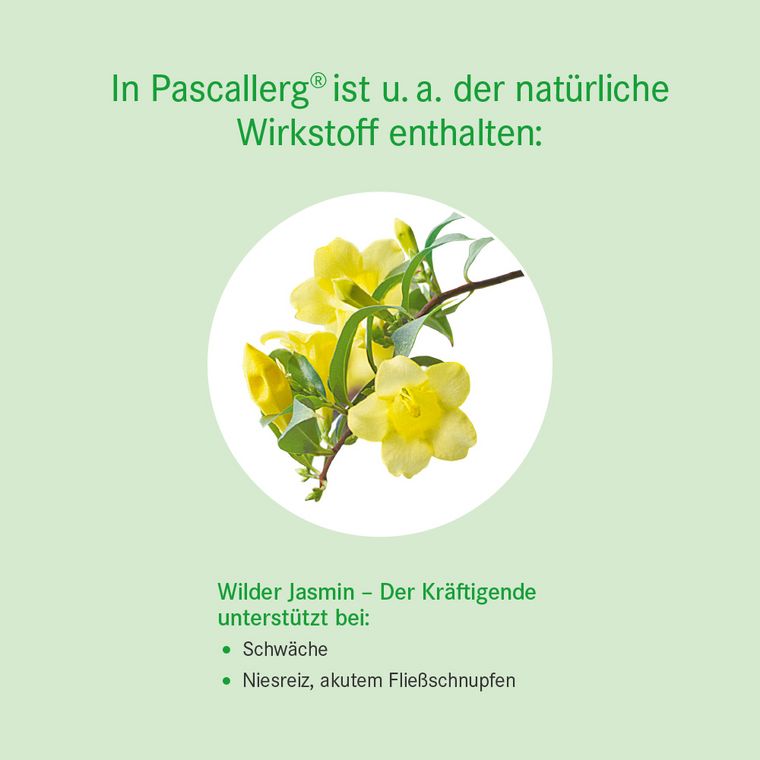 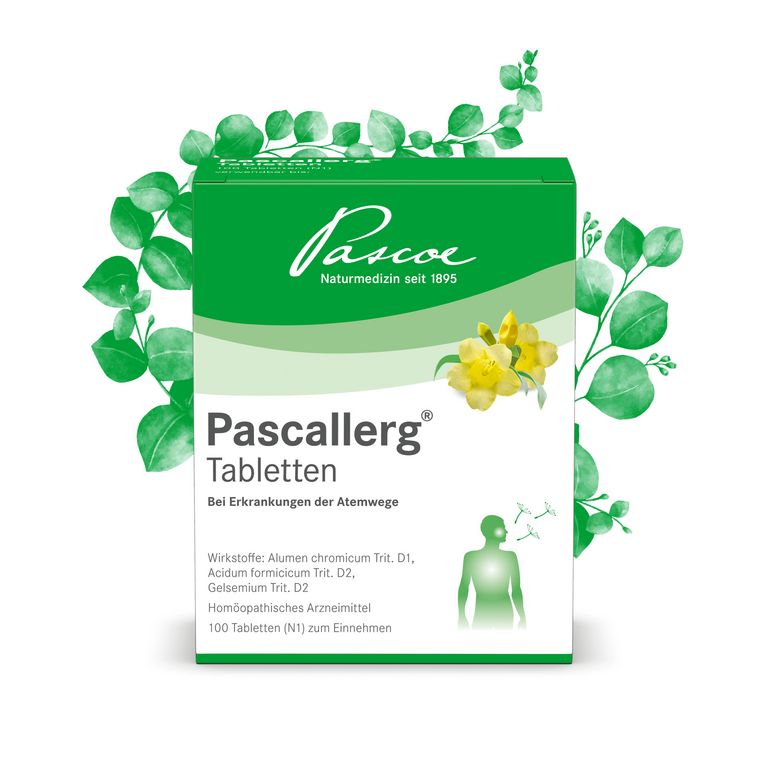 Overview of the advantages of Pascallerg®:

Pascallerg®: proven effective for decades for those suffering from hay fever

For the long-term alterative treatment, allergy sufferers should take the medication regularly over a long time period. One should optimally start taking it in winter or a few weeks before the actual hay fever season.

What effect does formic acid have on allergies?

Formic acid (lat.: Acidum formicum) is the simplest carboxylic acid with the structural formula HCOOH. It is named after the ant (lat.: formica) because the acid constitutes around half of its body weight. Other animals and plants also produce this colourless and caustic acid: stinging nettles, bees, ground beetles, scorpions and jellyfish. They use it as an attack or defence weapon in their in some cases very complex toxin mixes.

For the manufacturing of industrially and pharmaceutically used formic acid, the animals are no longer used – instead it is primarily synthetically manufactured. As with all substances, the effect is a question of the dose: small doses often have a healing or stimulating effect, higher doses can by all means be harmful. The substance formic acid as a homeopathic does is considered a stimulant and alterative substance. This means that the body is stimulated to react less sensitively to allergic irritants. Acidum formicicum is suitable for explaining the principle of homeopathy. An ant’s bit triggers a hefty reaction: itching, burning, reddening. When prepared homeopathically, formic acid is used for precisely those complaints that are typical of allergic reactions.  It has been proven effective to take homeopathic medicines containing formic acid already before the actual allergy season to modify the body with its excessively reacting immune system.

Pascallerg® tablets contain Acidum formicicum as the main effective substance. They are suitable for easing acute hay fever complaints. If one takes them long-term, the tendency to allergic reactions can even be reduced. One should already start taking it during the allergy-free season. Then it suffices, however, to let one tablet per day dissolve slowly in the mouth. It is only when complaints occur that one should take a tablet several times a day.

The effectiveness of Pascallerg® has been proven

Both children from 6 years old, as well as young people and adults, were treated with Pascallerg® as part of an observation study in 2013. Data was gathered about the allergy and all relevant information regarding the treatment, the development of symptoms and the changes to general well-being.

The triggers of allergic symptoms were usually pollen from trees (41.2%), grasses (39.8%) or herbs (11.9%) or a combination of these allergens. In some cases, animal fur, household dust and other triggers were stated. A significant improvement could be documented by the end of the observation not only for the individual symptoms but also for general well-being. Depending on the symptom, the complaints improved for up to 89.5% of patients.

Infants aged from 1 to 6
(no more than half of the adult dose)
Acute: No more than 6 tablets a day.
Chronic: 1 tablet a day.

The indications are derived from homeopathic
drug profiles. These include: Hay fever

We use cookies on our website. Some of them are essential, while others help us to improve this website and your experience, as well as to personalize advertisements. You can find details on individual cookies in our data protection declaration.