Lymph and health: What is the lymphatic system?

Lymph is one of the most valuable fluids in the body next to blood. It is not only used for removal of deposits, but as part of the immune system it is also responsible for the defence against pathogens However, many people only think about the lymphatic system and its vital functions when noticeable symptoms indicate a problem, for example, when the lymph nodes in the neck are swollen.

Which organs in the body are part of the lymph system?

Spleen: The spleen is the largest lymphatic organ and part of the bloodstream

Thymus: The thymus is also one of the body's lymphatic organs. It is an organ found above the heart and is particularly active in childhood.

Lymphatic tissue in the neck: This includes the tonsils and it is also termed the "lymphatic pharynx ring".

Lymphatic tissue in the gut: Residing in the mucous membranes of the small intestine.

In addition to the question on the anatomy, the question arises: How does the lymph system work? The pivotal functions of this hidden system are removing substances from tissues and immune defence.

Lymph takes up the respective substances in tissues that must be removed. The fluid is transported through the lymph channels by rhythmic movements. Lymph is mostly composed of water and lymph cells (lymphocytes =  white blood cells). There are also other components. These include:

Fats: As these are insoluble, they cannot pass from the intestine directly into the blood during digestion, but have to be packed into transport vehicles. They are then so large that they must first be taken up by the lymphatic vessels of the intestine.

Proteins: Only the lymphatic vessels can take up these large molecules from tissues and supply the metabolism with them.

Cells: Lymph may contain other white blood cells, pathogens, foreign bodies or other cells in addition to lymph cells.

Lymph therefore has an important cleansing and drainage function.

The entire lymph is filtered so that only harmless substances get into the bloodstream. The approximately 600 lymph nodes in the human body form the filter stations. Defence cells are ready in the lymph nodes to e.g., detect bacteria or foreign bodies and to get rid of them. Many of these immune cells (lymphocytes) can even learn and can fight off known pathogens more rapidly to protect the health if they attack again. The lymph system and the immune system are closely related. This becomes especially noticeable when, for example, the lymph nodes in the neck are swollen. This indicates high activity of the lymph system. Lymph nodes are found in many regions of the body, e.g., in the neck, head and abdominal and chest region or also in the armpits and groin.

If the flow of lymph is impaired due to congenital or inherited causes and "natural" drainage is impaired or the lymphatic organs are not functioning optimally, this can have an effect in a number of ways.

Being more susceptible to infection is an example for weakness in the lymphatic system. In such people, the lymphatic system is constantly functioning flat out, but fails to effectively fight off pathogens. This can be seen with constantly swollen mucous membranes and lymph nodes. Children are especially affected –  they often cough from one infection to another.

The flow of lymph can also come to a standstill and this blockage is referred to as lymphostasis. The tissue fluid accumulated can no longer drain resulting in swelling. This is called "lymphoedema". There are also congenital causes for this. However, lymphoedema commonly develops as the consequence of external influences, e.g., when lymph vessels are damaged or lymph nodes are surgically removed and the normal flow is interrupted.

Swollen lymph nodes – what can you do?

When lymph nodes swell, this is usually an indication of an acute immune response to pathogens. However, lymph nodes themselves can also become sick and swell due to inflammatory processes, which can be associated with pain. However, painless swellings must also be taken seriously as they may indicate malignant disease.

In any case you should get a doctor or alternative practitioner to evaluate the causes of swollen lymph nodes. If the causes are known, measures can be taken for treatment and relief of the Symptoms.

What is a lymph node and why does it swell? 6 questions and answers on the nondescript swellings

If you discover one or more swollen lymph nodes, there is usually an initial moment of shock. Questions such as "What is that?", "Is it serious?" or even "Do I have cancer?" buzz around your head. The good news: In the vast majority of cases, it becomes apparent that the underlying disease is a harmless infection such as a cold or flu. Nevertheless, you should keep an eye on swollen lymph nodes in case there is more to it. It is worth taking a closer look to better understand what swollen lymph nodes are concealing.

What is a lymph node anyway?

Lymph nodes are small oval structures 5-10 mm in size and are part of the body's lymphatic system. We all have around 600 lymph nodes which are usually not seen or felt. They form the control centre of the immune system and constitute a filter station for lymph, that is the lymph fluid. Usually, lymph nodes are comparatively easy to move, soft and elastic. If they are inflamed, they feel harder and may hurt.

Where do the lymph nodes reside?

Lymph nodes are found in many regions of the body, for example behind and below the ears, on the lower jaw, on the chin, in the throat and neck, in the armpits, in the abdominal region, in the groin or also in the chest region. The lymphatic system extends throughout the entire body as a widely branched network, even into the brain.

Harmless infection or even cancer? Which diseases cause the lymph nodes to swell?

As a component of our body's immune system, the lymph nodes filter pathogens among other things out of the lymph fluid, render them harmless and remove them. You can tell if the lymph nodes are currently stimulated when they enlarge and can be felt (sometimes painful). The enlargement occurs because the immune system forms increasingly more immune cells, so-called lymphocytes. These are white blood cells.

What can swollen lymph nodes indicate?

The causes of lymph node swelling are varied and range from a viral cause (for example, the classical childhood diseases such as measles, rubella or mumps but also glandular fever) to infectious diseases caused by bacteria (e.g. borreliosis), to auto-immune diseases right through to malignant diseases of the lymphatic system such as lymphoma or leukaemia.

When should you go to the doctor?

Swollen lymph nodes are usually associated with a comparatively harmless infection such as a cold as they demonstrate the natural reaction of the body to invading pathogens. Usually, other concomitant symptoms occur such as a cough, cold, sore throat but also fever or you just feel unwell.

In any case you should get a doctor or alternative practitioner to evaluate the causes of swollen lymph nodes. It causes concern if the nodes exceed a size of 2 cm, are swollen for more than a few weeks or the swelling hardens. You should consult a doctor immediately to investigate the underlying causes.

If the causes are known, measures can be taken for treatment and relief of the symptoms. 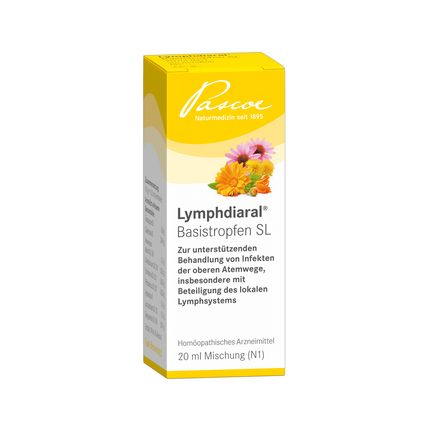 for support against infections of the upper respiratory system

Aged 1 or above, lactose-free 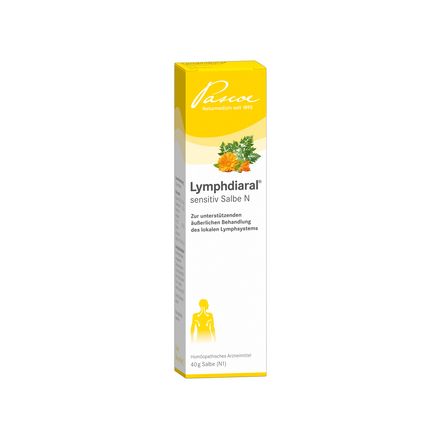 for infections of the nasal and throat area

We use cookies on our website. Some of them are essential, while others help us to improve this website and your experience, as well as to personalize advertisements. You can find details on individual cookies in our data protection declaration.